A couple of thoughts on Friday and getting older. Sigh. 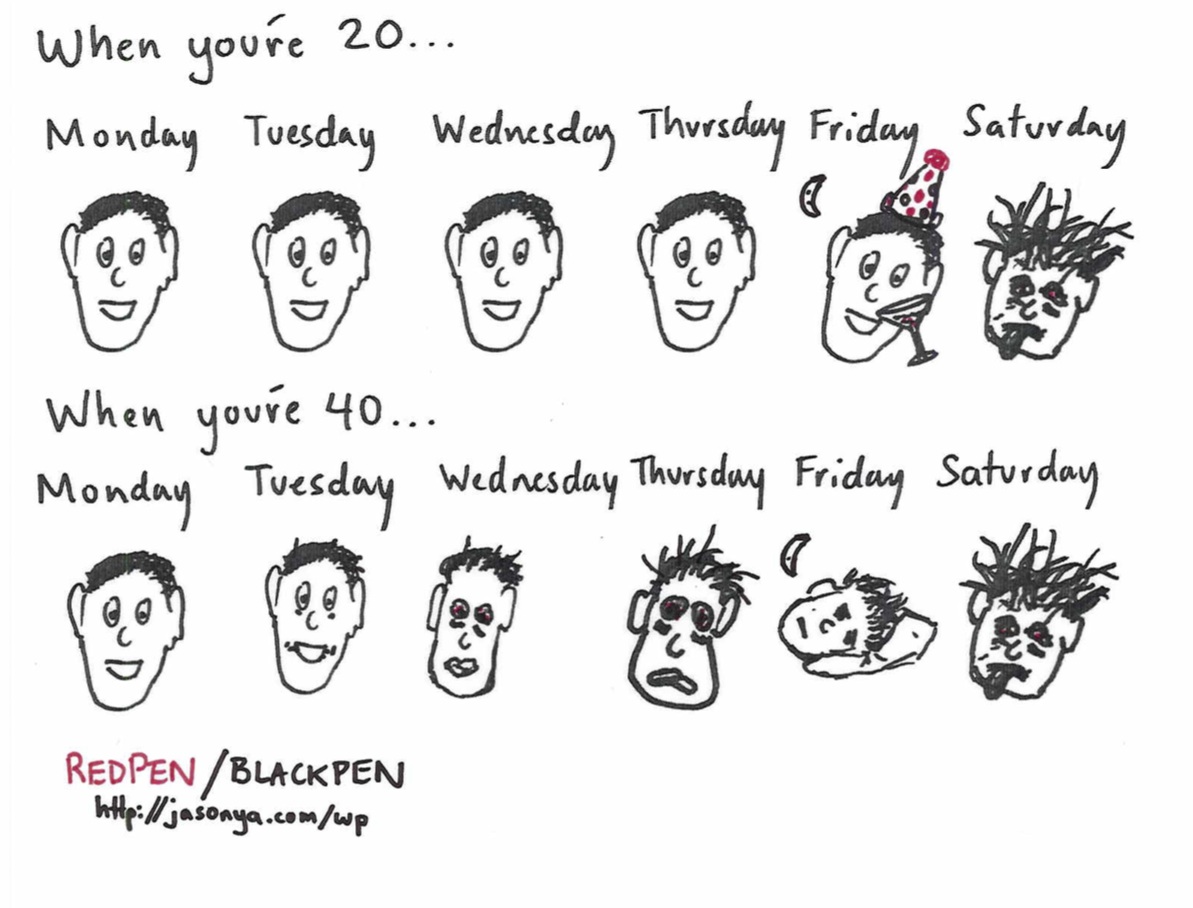 Growing Up. Reason #235 why getting older sucks.

And a TGIF double-header! 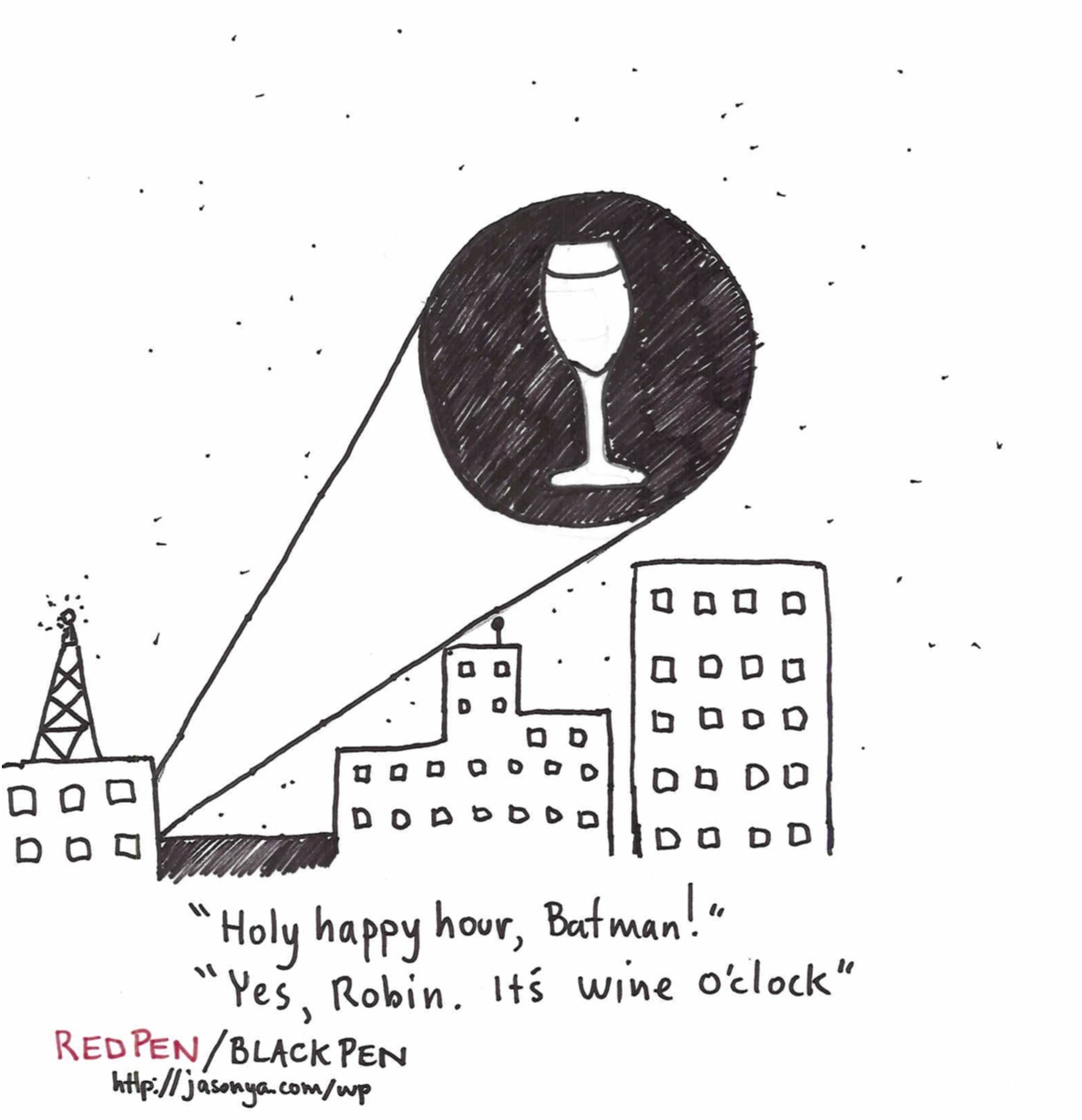 Yes, Robin… they serve beer too. 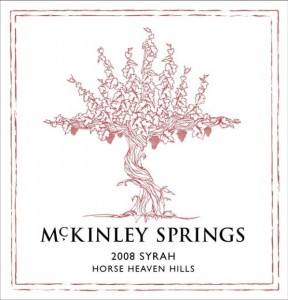 This is the Syrah I used- but not this vintage.

Given that I had some extra red wine (I know that seems like an oxymoron) that needed to be used and I was making ice cream (fresh picked strawberry- delicious) I thought, “what about making red wine ice cream?” Given the age of Google I knew I could search and find where other people had attempted it – and probably find recipes, but I actually thought it would be more fun just to go forward by myself. But I did solicit input on Twitter. I got a few great suggestions- first was using a wine reduction and second was a wine sorbet.

@BioDataGanache I made a reduction like that & put it in a tart. Oh my laws. Best thing ever.

Since I was already geared up for ice cream I figured I’d save the sorbet attempt for next time. I first did a red wine reduction, using about ½ bottle of Syrah from Horse Heaven Hills in Washington and about ½ cup sugar. I just put it on the stove and simmered for about an hour. When it was finished I had about ¾ cup of a nice sweet syrup. Tasting this I realized that it was sweet, and rich, but did not have a strong wine flavor, which I was going for in the eventual product. I therefore decided to add more ‘fresh’ wine, but not too much since the alcohol will prevent the mix from freezing. I also decided to add a little vodka to give a bit of a punch. The resulting mixture has a nice purple color. Putting it in the ice cream maker (we have a Hamilton counter-top model where you freeze the container in advance) and having the direct comparison with the previous strawberry ice cream I could see that the red wine mixture was slower to freeze. I just let it mix longer, but it never got as solid as the regular ice cream. However, the result (after about 40 minutes of mixing) was about the 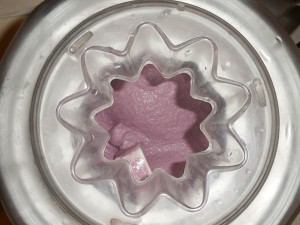 consistency of yogurt. I put it in the freezer overnight but it never really solidified. The ice cream turned out like soft-serve, holds its structure in the bowl, but very soft. This is certainly due to the alcohol content and I guess you could cut down on the amount of red wine or eliminate the vodka to make it stiffer. Tasting the ice cream right when it was finished wasn’t very conclusive because by that time I had already supported my creativity with several glasses of wine. The wine flavor, therefore, didn’t come through at the time. Tasting the next morning I was pleasantly surprised. As mentioned on Twitter, cream can mute flavors, and there certainly isn’t a huge up front red wine flavor.

@BioDataGanache does it have cream in it? Cream seems to mute / overpower some flavors I’ve noticed.

But the ice cream is sweet, flavorful, and then has some lingering complexity reminiscent of the ‘parental’ Syrah. It would be fun to try out some different varietals (maybe a Cab for a darker flavor or a Pinot Noir for a lighter flavor? For real wine reviews please see Great Northwest Wine– who also had a direct hand in prompting this exercise). The alcohol kick comes through a bit as well- but is not overwhelming. Although I was going for more of an overt red wine flavor, I think this came out pretty darn good- and would make a very nice complement to, say a dark chocolate torte for a dessert.

Mix these ingredients together then stir into cream base. Mix in ice cream maker until creamed. Transfer into container and freeze.