What do you think the truth is? That is what do you think the concept of “truth” actually means? Is it an absolute- a destination that you can reach if you just try hard enough? Or is it something else? A road that stretches out in front of you and constantly changes as you progress and add more evidence? 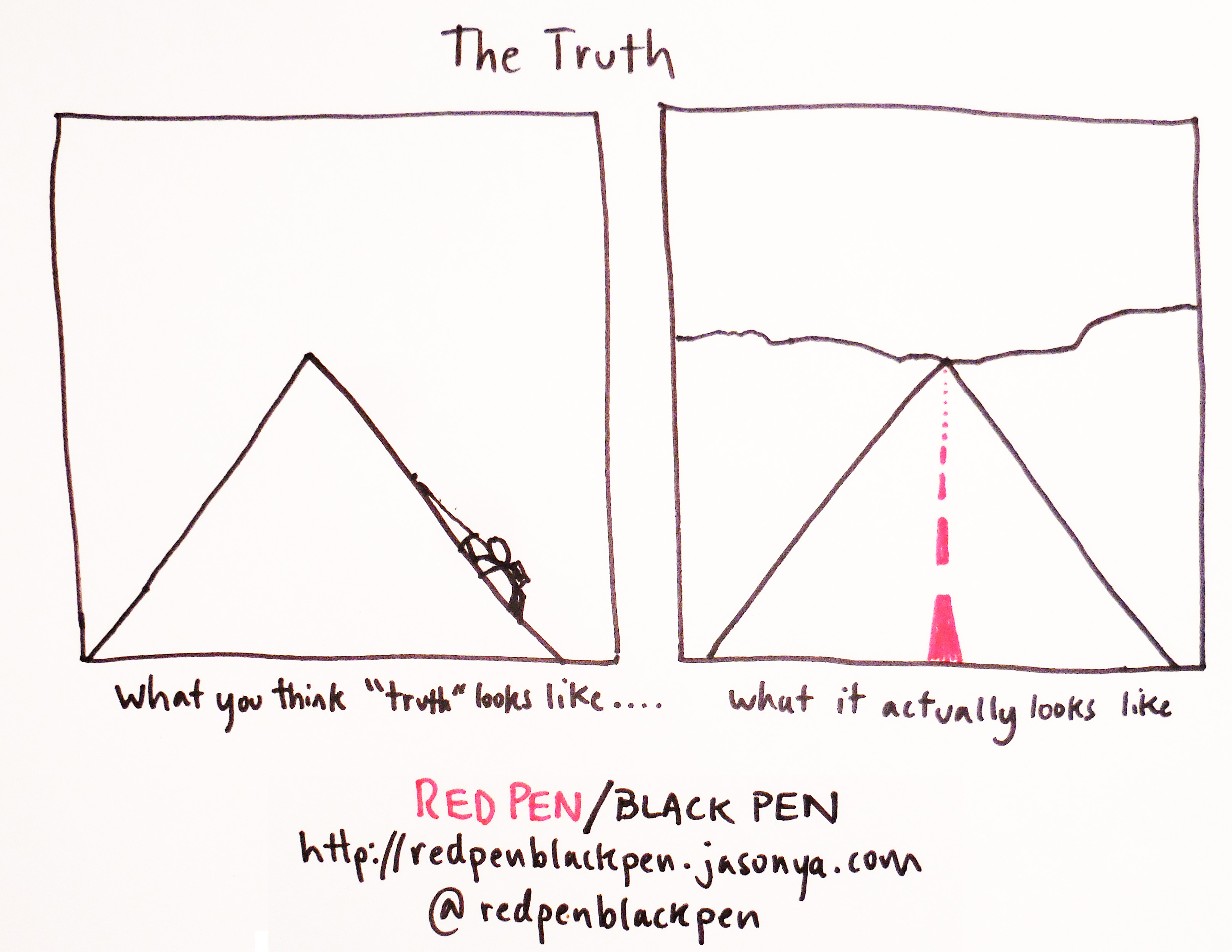 This is so true it hurts. 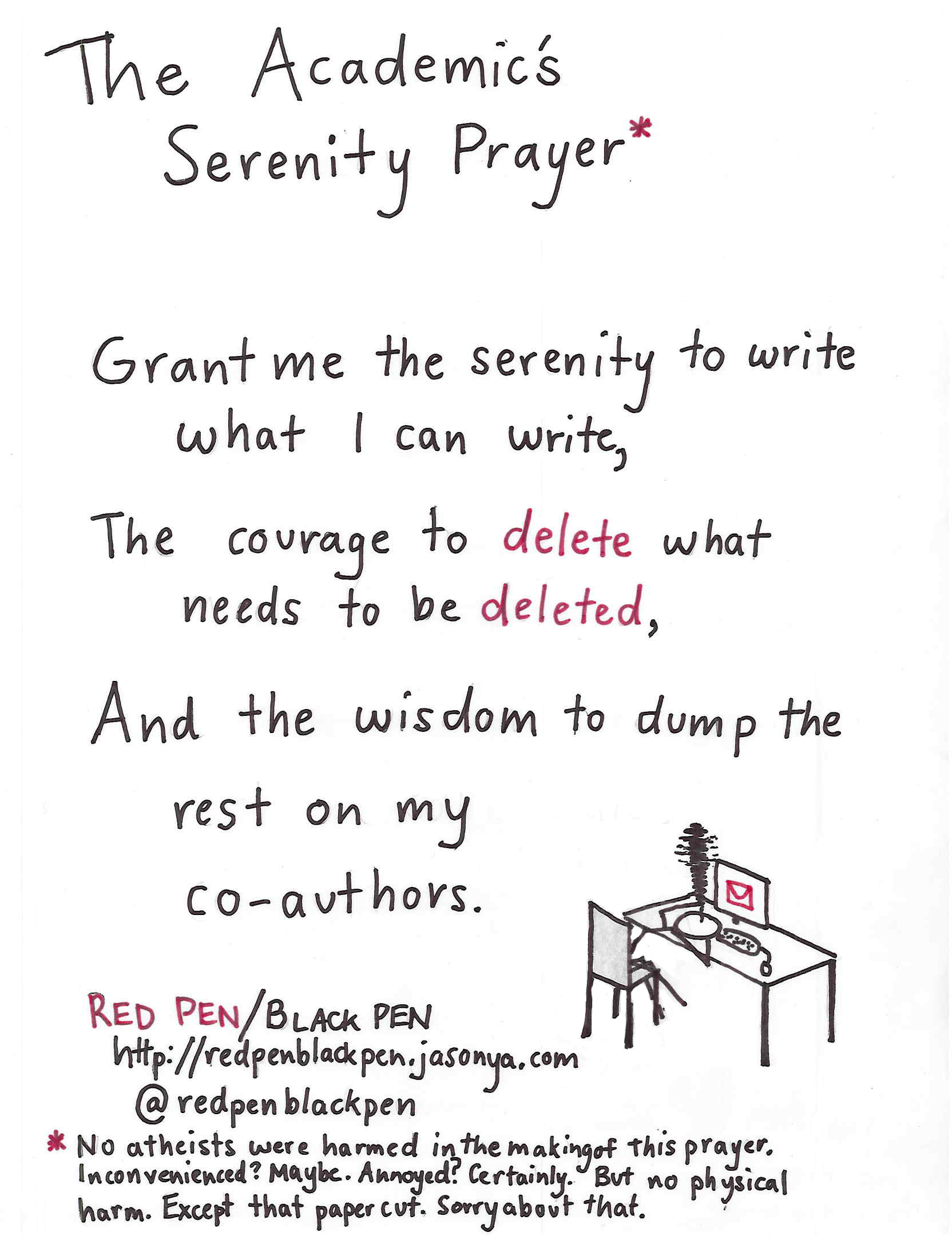 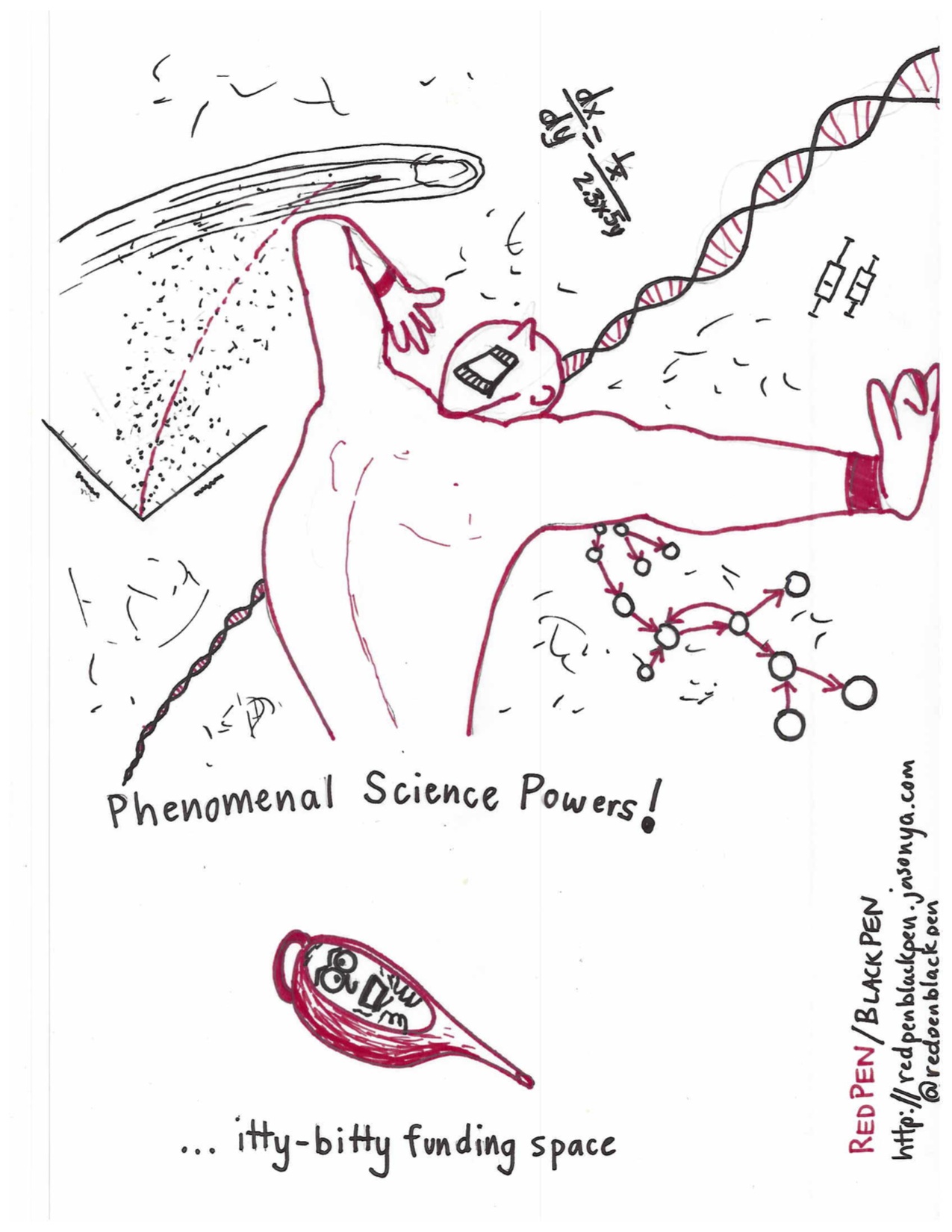 So I got this comment from a reviewer on one of my grants:

The use of the term “hypothesis” throughout this application is confusing. In research, hypotheses pertain to phenomena that can be empirically observed. Observation can then validate or refute a hypothesis. The hypotheses in this application pertain to models not to actual phenomena. Of course the PI may hypothesize that his models will work, but that is not hypothesis-driven research.

There are a lot of things I can say about this statement, which really rankles. As a thought experiment replace all occurrences of the word “model” with “Western blot” in the above comment. Does the comment still hold?

At this point it may be informative to get some definitions, keeping in mind that the _working_ definitions in science can have somewhat different connotations.

Hypothesis: a supposition or proposed explanation made on the basis of limited evidence as a starting point for further investigation.

This definition has nothing about empirical observation- and I would argue that this definition would be fairly widely accepted in biological sciences research, though the underpinnings of the reviewer’s comment- empirically observed phenomena- probably are in the minds of many biologists.

So then, also from Google:

Empirical: based on, concerned with, or verifiable by observation or experience rather than theory or pure logic.

Here’s where the real meat of the discussion is. Empirical evidence is based on observation or experience as opposed to being based on theory or pure logic. It’s important to understand that the “models” being referred to in my grant are machine learning statistical models that have been derived from sequence data (that is, observation).

I would argue that including some theory or logic in a model that’s based on observation is exactly what science is about- this is what the basis of a hypothesis IS. All the hypotheses considered in my proposal were based on empirical observation, filtered through some form of logic/theory (if X is true then it’s reasonable to conclude Y), and would be tested by returning to empirical observations (either of protein sequences or experimentation at the actual lab bench).

I believe that the reviewer was confused by the use of statistics, which is a largely empirical endeavor (based on the observation of data- though filtered through theory) and computation, which they do not see as empirical. Back to my original thought experiment, there’s a lot of assumptions, theory, and logic that goes into interpretation of Western blot – or any other common lab experiment. However, this does not mean that we can’t use them to formulate further hypotheses.

This debate is really fundamental to my scientific identity. I am a biologist who uses computers (algorithms, visualization, statistics, machine learning and more) to do biology. If the reviewer is correct, then I’m pretty much out of a job I guess. Or I have to settle back on “data analyst” as a job title (which is certainly a good part of my job, but not the core of it).

So I’d appreciate feedback and discussion on this. I’m interested to hear what other people think about this point.

Last spring I posted about a proposal I’d put in where I’d published the key piece of preliminary data in F1000 Research, a journal that offers post-publication peer review.

The idea was that I could get my paper published (it’s available here) and accessible to reviewers prior to submission of my grant. It could then be peer-reviewed and I could address the revisions after that. This strategy was driven by the lag time between proposal submission and review for NIH, which is about 4 months. Also, it used to be possible to include papers that hadn’t been formally accepted by a journal as an appendix to NIH grants. This hasn’t been possible for some time now. But I figured this might be a pretty good way to get preliminary data out to the grant reviewers in a published form with quick turnaround. Or at least that you could utilize that lag time to also function as review time for your paper.

I was able to get my paper submitted to F100 Research and obtained a DOI and URL that I could include as a citation in my grant. Details here.

The review for the grant was completed in early June of this year and the results were not what I had hoped- the grant wasn’t even scored, despite being totally awesome (of course, right?). But for this post I’ll focus on the parts that are pertinent to the “gambit”- the use of post-publication peer review as preliminary data.

The results here were mostly unencouraging RE post-publication peer review being used this way, which was disappointing. But let me briefly describe the timeline, which is important to understand a large caveat about the results.

I received first-round reviews from two reviewers in a blindingly fast 10 and 16 days after initial submission. Both were encouraging, but had some substantial (and substantially helpful) requests. You can read them here and here. It took me longer than it could have to address these completely – though I did some new analysis and added additional explanation to several important points. I then resubmitted on around May 12th or so. However, due to some kind of issue the revised version wasn’t made available by F1000 Research until May 29th. Given that the NIH review panel met in the first week of June it is likely that the reviewers didn’t see the revised (and much improved version). The reviewers then got back final comments in early June (again- blindingly fast). You can read those here and here. The paper was accepted/approved/indexed in mid-June.

The grant had comments from three reviewers and each had something to say about the paper as preliminary data.

The first reviewer had the most negative comments.

It is not appropriate to point reviewers to a paper in order to save space in the proposal.

Alone this comment is pretty odd and makes me think that the reviewer was annoyed by the approach. So I can’t refer to a paper as preliminary data? On the face of it this is absolutely ridiculous. Science, and the accumulation of scientific knowledge just doesn’t work in a way that allows you to include all your preliminary data completely (as well as your research approach and everything else) in the space of 12 page grant. However, their further comments (which directly follow this one) shed some light on their thinking.

The PILGram approach should have been described in sufficient detail in the proposal to allow us to adequately assess it. The space currently used to lecture us on generative models could have been better used to actually provide details about the methods being developed.

So reading between the (somewhat grumpy) lines I think they mean to say that I should have done a better job of presenting some important details in the text itself. But my guess is that the first reviewer was not thrilled by the prospect of using a post-publication peer reviewed paper as preliminary data for the grant. Not thrilled.

The investigators revised the proposal according to prior reviews and included further details about the method in the form of a recently ‘published’ paper (the quotes are due to the fact that the paper was submitted to a journal that accepts and posts submissions even after peer review – F1000 Research). The public reviewers’ comments on the paper itself raise several concerns with the method proposed and whether it actually works sufficiently well.

This comment, unfortunately, is likely due to the timeline I presented above. I think they saw the first version of the paper, read the paper comments, and figured that there were holes in the whole approach. If my revisions had been available it seems like there still would have been issues, unless I had already gotten the final approval for the paper.

Finally, the third reviewer (contrary to scientific lore) was the most gentle.

A recent publication is suggested by the PI as a source of details, but there aren‟t many in that manuscript either.

I’m a little puzzled about this since the paper is pretty comprehensive. But maybe this is an effect of reading the first version, not the final version. So I would call this neutral on the approach.

The takeaway from this gambit is mixed.

I think if it had been executed better (by me) I could have gotten the final approval through by the time the grant reviewers were looking at it and then a lot of the hesitation and negative feelings would have gone away. Of course, this would be dependent on having paper reviewers that were as quick as those that I got- which certainly isn’t a sure thing.

I think that the views of biologists on preprints, post-publication review, and other ‘alternative’ publishing options are changing. Hopefully more biologist will start using these methods- because, frankly, in a lot of cases they make a lot more sense than the traditional closed-access, non-transparent peer review processes.

However, the field can be slow to change. I will probably try this, or something like this, again. Honestly, what do I have to lose exactly? Overall, this was a positive experience and one where I believe I was able to make a contribution to science. I just hope my next grant is a better substrate for this kind of experiment.

Other posts on this process: