Last year GoldieBlox released a few ads that I thought were great. You’re probably familiar with them (see below) but they are advertising a building kit targeted especially at girls. These kinds of products are great and much needed. The idea is to counter the years and years of placing girls in pink marketing boxes with a limited number of career-directed options (NO pink CEOs, pink scientists, pink explorers, pink astronauts). Girls WILL like pink and sparkly things. They WILL like princesses, unicorns, and small sad-eyed puppy dogs 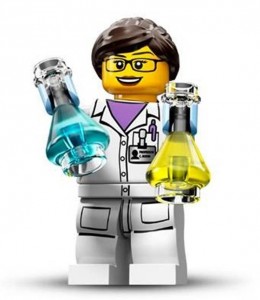 . As many will know this remains a problem- there’s lots of marketing that is still directed that way. However, there has been a recent surge in non-traditional products directed at girls: LEGO women scientists figures, building kits for girls, These are simply great options and great advances and by all means they should continue to be developed, expanded, and marketed.

But back to the ad and my main point. When we push for something, we seem to have to push against something else- we draw lines to discriminate “us” from “them”. For girl power we should be pushing back against the oppressive, ingrained, male-dominated power structure that has been in place in our society for years. However, too often it seems that we push against the wrong things: those girls who love pink, who like unicorns, who wish they were princesses. You can argue about whether this is a good thing or not, but the fact is that these are girls too. This anti-pink message is too often conveyed in marketing and people’s general reactive attitudes against the traditional, including mine- in the context of saying something good: We should empower girls to achieve and not be held back– along with something not so good: not like those other girls who won’t achieve. What this kind of reactive attitude is saying is this:

Make no mistake- I like these ads, I think they’re funny and they make me laugh. But that doesn’t change that they do so at the expense of a group of people who have nothing but potential to be squashed. These GoldieBlox ads aren’t terrible in this way- the ‘pink unicorns’ are things (toys and some cartoon on the TV), not a set of girls, but it remains that the implication is that liking pink is bad and won’t take you anywhere. Clearly liking a particular color shouldn’t have an ounce of an effect on what you will do later in life- or even what you can do now. This was pointed out to me after I posted the ad to my Facebook page, by a good friend who has girls who do like princesses. And it is an excellent point.

So, in a way, this is a limited example. But it highlights a much larger problem with human nature. Humans LOVE to draw lines. Them and us, us versus them. When lines are drawn around another group of people based on some set of attributes (favorite color, gender, skin color, type of pants worn) then all those inside the group suddenly acquire- in your perception- a set of other attributes from that group, whether or not these are accurate and whether or not the individual you’re talking about has said attributes. We *know* things about “those sorts of people”. This is one of the very natural tendencies that we all have, we all indulge in, and we all must do our best to fight against.

Here is another ad that I think is particularly well done. It highlights how perceptions and language are important- but also demonstrates a point about the tendency of humans to group:

If you have kids try this on them. Ask them to throw ‘like a girl’ and see what they do.

One thought on “Unicorn lovers and pinksters unite!”