I posted awhile back about encountering two vehicles with the same 3 letter code on their license plates as mine while driving to work one morning. Interestingly, in the following months I found myself paying more and more attention to license plates and saw at least 6-7 other vehicles in the area (a small three-city region with about 200K residents) with the same code.

Spooky. I started to feel like there was some kind of cosmological numerology going on in license plates around me that was trying to send me a message. BUT WHAT WAS IT?

A conclusion I drew from my thinking on the probability of that happening was that:

It was suggested that part of my noticing the plates could have been confirmation bias, I was looking for something so I noticed that thing more than normal given a pretty variable and unconnected background. I’m sure that’s true. However, I was sitting in traffic one evening (yes, we do have *some* traffic around here) and saw three plates that started with the letters ARK in the space of about 5 minutes. Weird.

So THEN I started really looking at the plates around me and noticed a strong underlying variable that pretty much explains it all. But it’s kinda interesting. I first noticed that Washington state seems to have recently switched from three number-three letter plates to three letter-four number plates. I then noticed that the starting letters for both kinds of plates were in a narrow range, W-Z for the old plates and A-C for the new plates. There don’t seem to be *any* plates outside that range right now (surveying a couple of hundred plates over the last couple of days). W is really underrepresented as is C – the tails of the distribution. This makes me guess that there’s a rolling distribution with a window of about 6 letters for license plates (in the state of Washington, other states have other systems or are on a different pattern). This probably changes with time as people have to renew their plates, buy new vehicles and get rid of the old. So the effective size of the license plate universe I tried to calculate in my previous post is much smaller than what I was thinking.

I don’t know why I find this so interesting but it really is. I know this is just some system that the Washington State Department of Licensing has and I could probably go to an office and just ask, but it seems like it’s a metaphor for larger problems of coincidence, underlying mechanisms, and science. I’m actually pretty satisfied with my findings, even though they won’t be published as a journal article (hey- you’re still reading, right?). On my way to pick up lunch today I noticed some more ARK plates (4) and these two sitting right next to each other (also 3 other ABG plates in other parts of the parking lot). 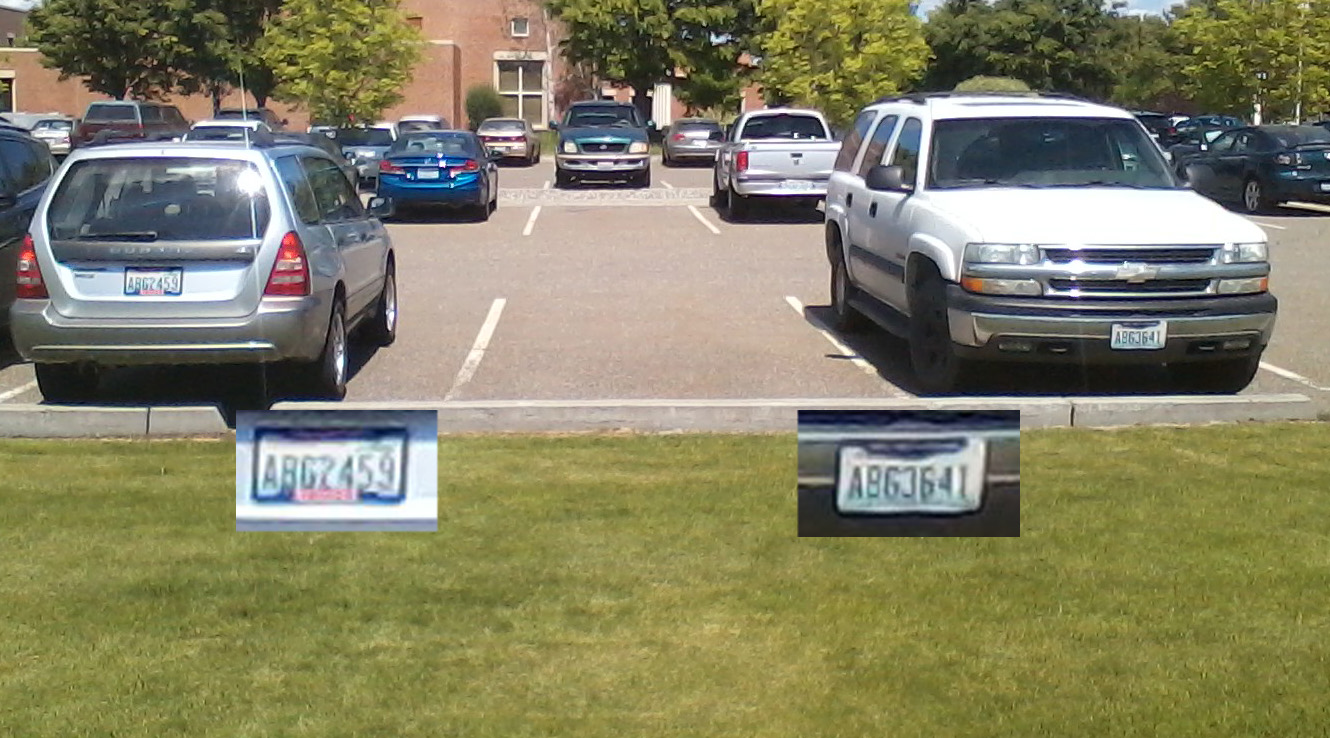 The universe IS trying to tell me something. It’s about science stupid.

4 thoughts on “The Numerology of License Plates”