If you’re a scientist and not failing most of the time you’re doing it wrong. The scientific method in a nutshell is to take a best guess based on existing knowledge (the hypothesis) then collect evidence to test that guess, then evaluate what the evidence says about the guess. Is it right or is it wrong? Most of the time this should fail. The helpful and highly accurate plot below illustrates why.

Science is about separating the truth of the universe from the false possibilities about what might be true. There are vastly fewer true things than false possibilities in the universe. Therefore if we’re not failing by disproving our hypotheses then we really are failing at being scientists. In fact, as scientists all we really HAVE is failure. That is, we can never prove something is true, only eliminate incorrect possibilities. Therefore, 100% of our job is failure. Or rather success at elimination of incorrect possibilities.

So if you’re not failing on a regular repeated basis, you’re doing something wrong. Either you’re not being skeptical and critical enough of your own work or you’re not posing interesting hypotheses for testing. So stretch a little bit. Take chances. Push the boundaries (within what is testable using the scientific method and available methods/data, of course). Don’t be afraid of failure. Embrace it! 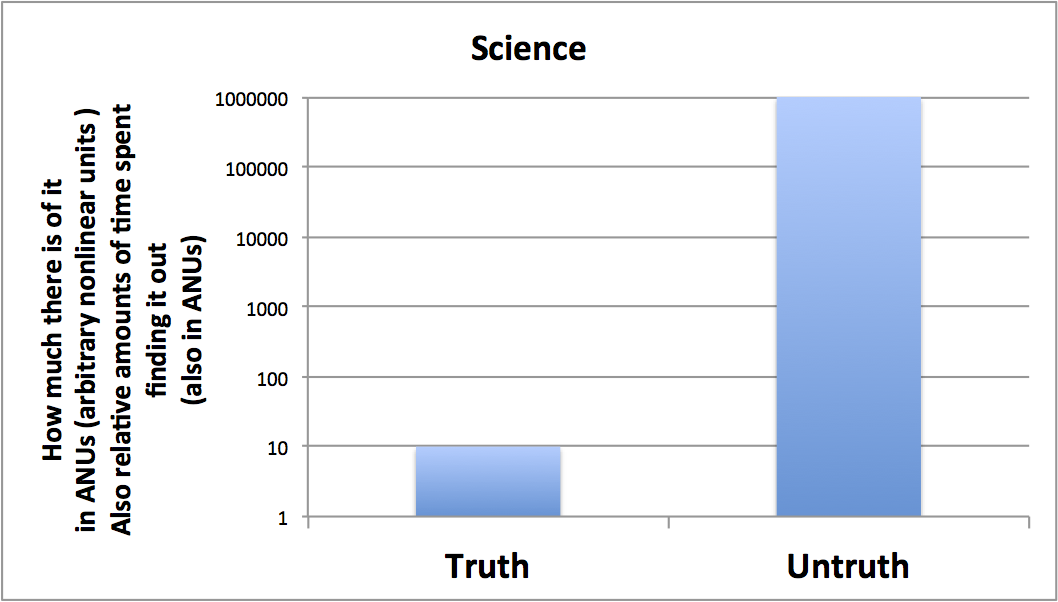 How much failure, exactly, is there to be had out there? This plot should be totally unhelpful in answering that question