People worry about a lot of different things. I’m no different. It’s also a true statement to say that people are very poor at statistical reasoning, and thus risk assessment. And add on top of this that we now get nearly instantaneous news about occurrences happening in regions that include thousands, or millions, or billions of people.

So, when there are several reports of swimmers being attacked by sharks in a short period of time, for example, these are reported at a national or international level *because* they’re notable and *very rare* occurrences. In general people are worried about getting attacked by sharks when swimming in the ocean somewhere (it crosses my mind every time I take a swim). The truth is that you’re more likely to be struck by lightning (51 DEATHS per year in the US) and killed than to be bitten by a shark while swimming (14 attacks per year, 1 death every two years). This is to say nothing of the dangers of driving (or riding) to the beach to get in the water. Yikes!

Watching the news if it actually represented the statistical risks appropriately would be very different. Actually – unlike my comic below, it wouldn’t be silence. It would be filled with heart disease, car crashes, ladder falls, and that sort of thing. It’d be boring and no one would watch. Show us the SHARK ATTACKS!!!

I even wrote a song about this (maybe I’ll post a video if I get brave). But, to be clear, it doesn’t (yet) include sharks. 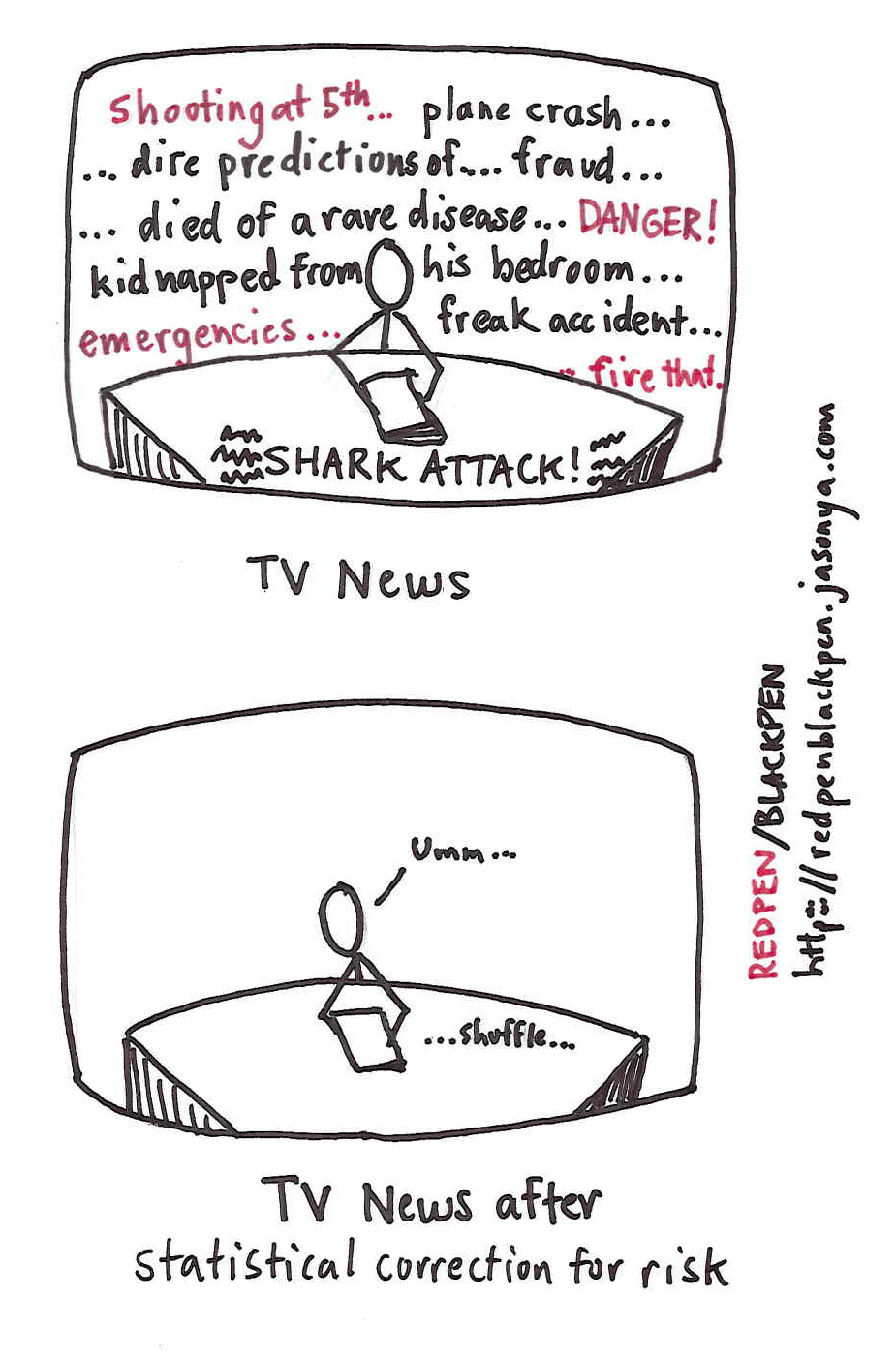