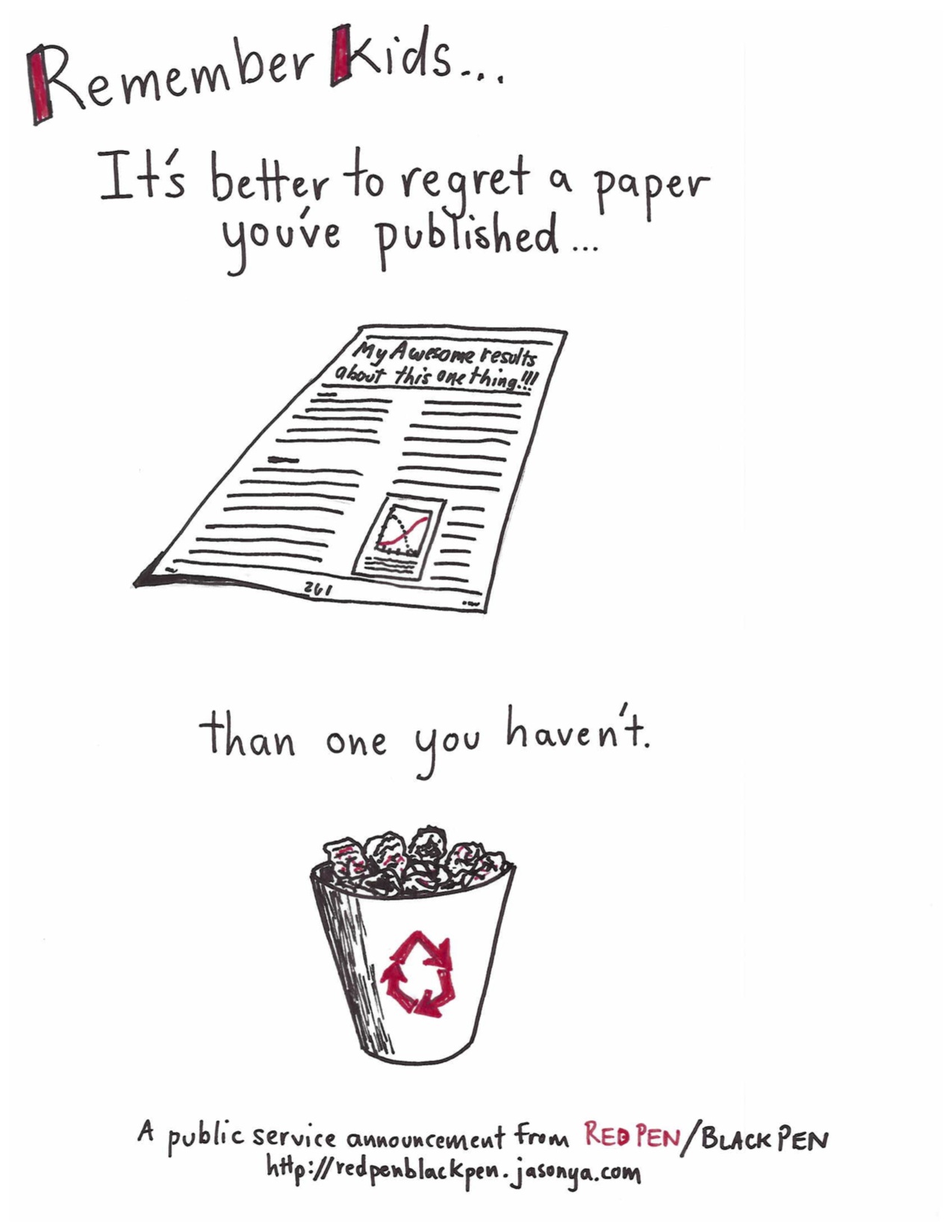 Well, there probably ARE some exceptions here.

So I first thought of this as a funny way of expressing relief over a paper being accepted that was a real pain to get finished. But after I thought about the general idea awhile I actually think it’s got some merit in science. Academic publication is not about publishing airtight studies with every possibility examined and every loose end or unconstrained variable nailed down. It can’t be. That would limit scientific productivity to zero because it’s not possible. Science is an evolving dialogue, some of it involving elements of the truth.

The dirty little secret (or elegant grand framework, depending on your perspective) of research is that science is not about finding the truth. It’s about moving our understanding closer to the truth. Often times that involves false positive observations- not because of the misconduct of science but because of it’s proper conduct. You should never publish junk or anything that’s deliberately misleading. But you can’t help publishing things that sometimes move us further away from the truth. The idea in science is that these erroneous findings will be corrected by further iterations and may even provide an impetus for driving studies that advance science. So publish away!